Tomorrow is the question!

David de Boer discusses his graduation project Solarchipelago This graduation plan links the construction of solar parks to the ecological and urban development of the IJmeer near Almere. The designer thus chooses an extremely relevant assignment: it is important to think about energy landscapes.The plan is very cleverly put together. The basic idea is to use solar parks not only for energy generation but also for habitat creation. It is also a dynamic system.When the desired habitat has been created, the solar cells are moved to the next location.

The graduation design aims to create a 'common ground' where the different groups of residents of the multicultural district of Sint-Joost-ten-Noode in Brussels can meet. The designed public space should promote the local integration of migrants. This graduation plan comprises a large and ambitious study into the potential of public space for bringing different groups of residents together.

Job van den Heuvel ‐ WeGrowCo: An Open Building Strategy ‐ Archiprix Netherlands TU-Delft (architecture) The impressive plan has the ambition to develop the new Strandeiland on IJburg into a fully circular, bio-based and self-sufficient neighbourhood. The plan also builds on the open-building strategy of John Habraken and Frans van der Werf. The strategy that covers all scales is clearly explained. Future residents are involved from the start, so that the intended community of residents is already formed before the final realization.

Ziega van den Berk ‐ The Doggerland, the nursery of the North Sea ‐ Archiprix Netherlands AvB Amsterdam (landscape architecture) With the innovative design for a wind farm on the Dogger Bank, a shallow area in the North Sea, the designer is creating a rich ecosystem on the seabed for marine life. The plan gives a whole new dimension to the design of wind farms at sea by linking the task to the nature development of the seabed. The plan bears a very personal signature, the fascination and visual power of the presentation contribute, like a treasure map, to unlocking the special content of the design.

Lindsey van de Wetering presents her graduation project Poku Oso | Conservatory of Suriname ‐ Archiprix Netherlands AvB Amsterdam (architecture) The magnificent plan for the conservatory takes the viewer on an inspiring cultural journey with an unprecedentedly accurate presentation. The further you delve into the plan, the more interesting it becomes. The design connects a large number of elements in an extremely consistent plan. The various pavilions that make up the conservatory are projected in a dilapidated park. This context and the function are related in every possible way. The park itself, the wind, the rain and the birds all participate in the conservatory. The architecture of the music buildings is inspired by the traditional wooden folk houses. They also function as musical instruments themselves, such as a string house whose walls vibrate with the music, the wind and the rain and a woodwind house made up of architectural mouthpieces. This architecture of the sound leads to a whole new, original expression. The plan also adds a new dimension to the concept of nature inclusiveness through the interaction with the park and its residents. The music buildings are beautiful and worked out in detail. The presentation with models, drawings and films is of unparalleled beauty.

Freek van Riet presents his graduation project Hoogtij . Archiprix Netherlands Rotterdam Academy of Architecture (urban design) The graduation plan presents a powerful long-term vision of the urbanization challenge of the Netherlands for the 21st century. Central to the planning are the climate effects, especially the rising sea level. The designer rightly states that this must be anticipated proactively. To this end, he develops four strategies: attack, defend, withdraw and connect. He then knows how to cleverly link this to what needs to be done in the Netherlands. They are stimulating proposals that put the various problems of sea level rise on the agenda and the solutions developed are relevant and well elaborated on the high scale level. 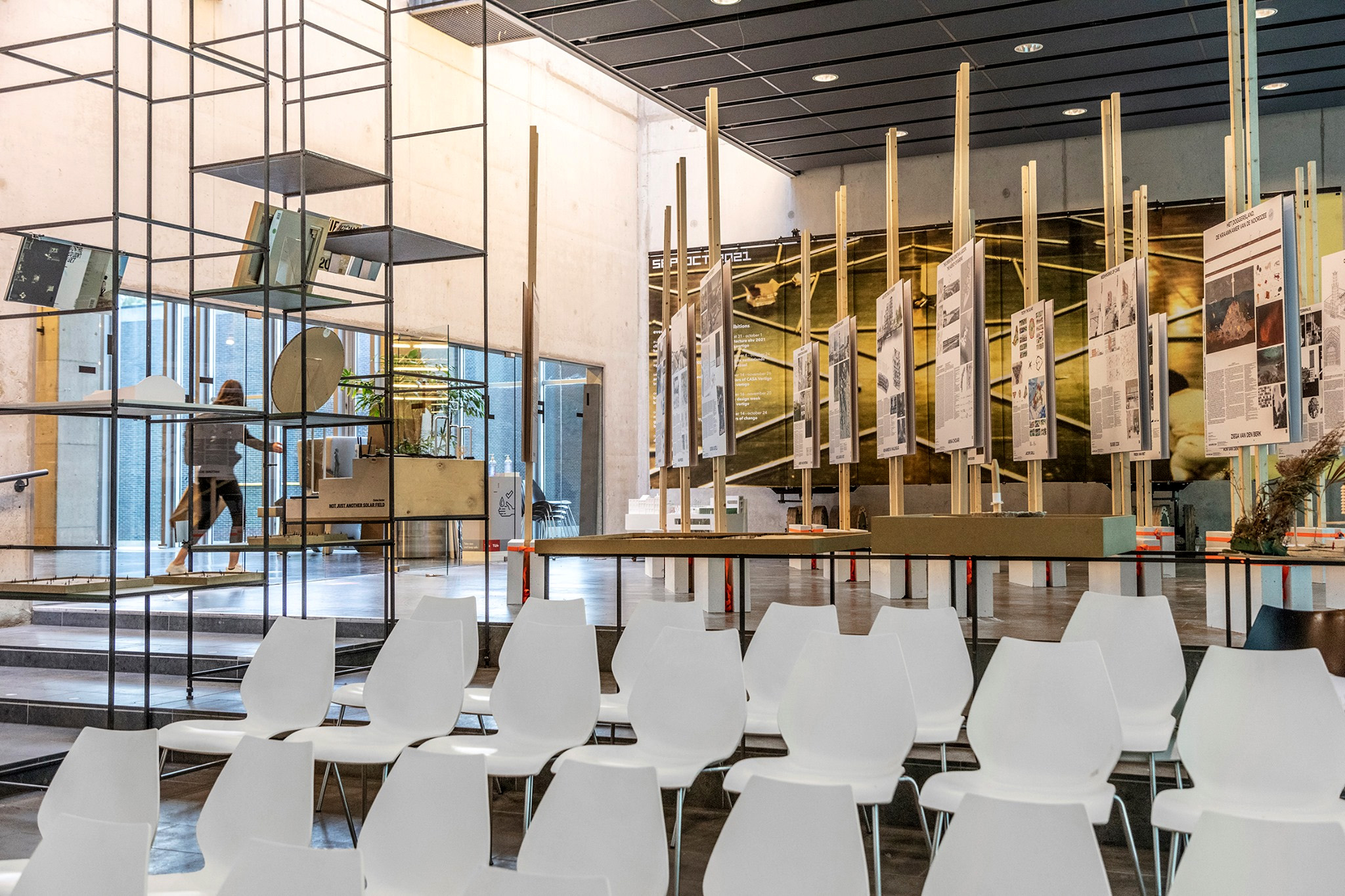 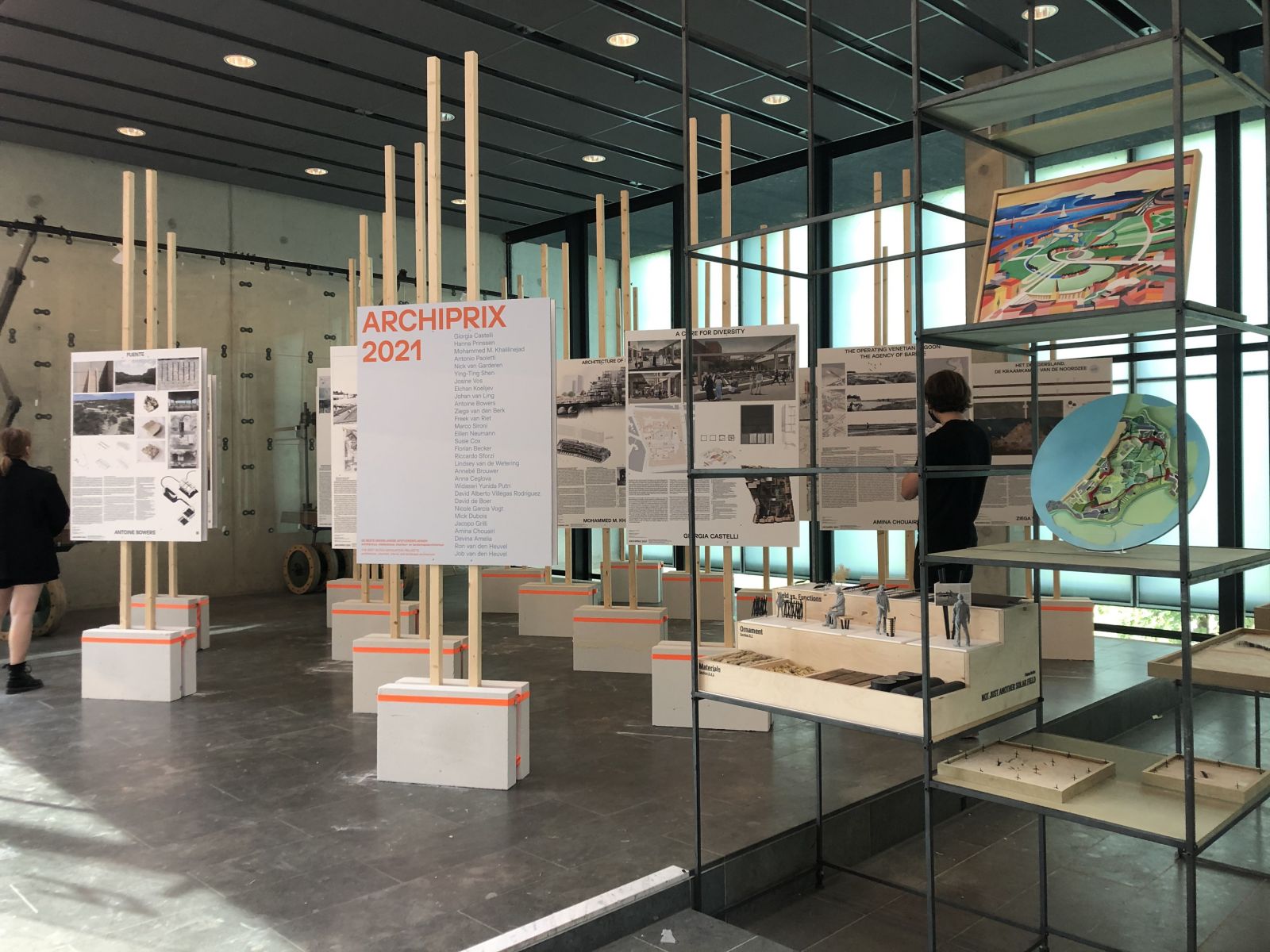 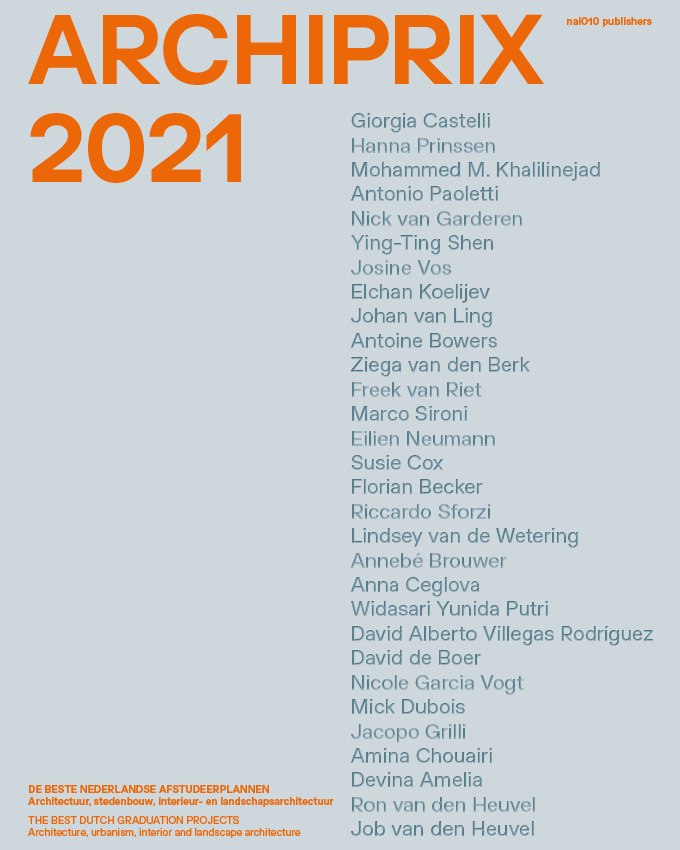 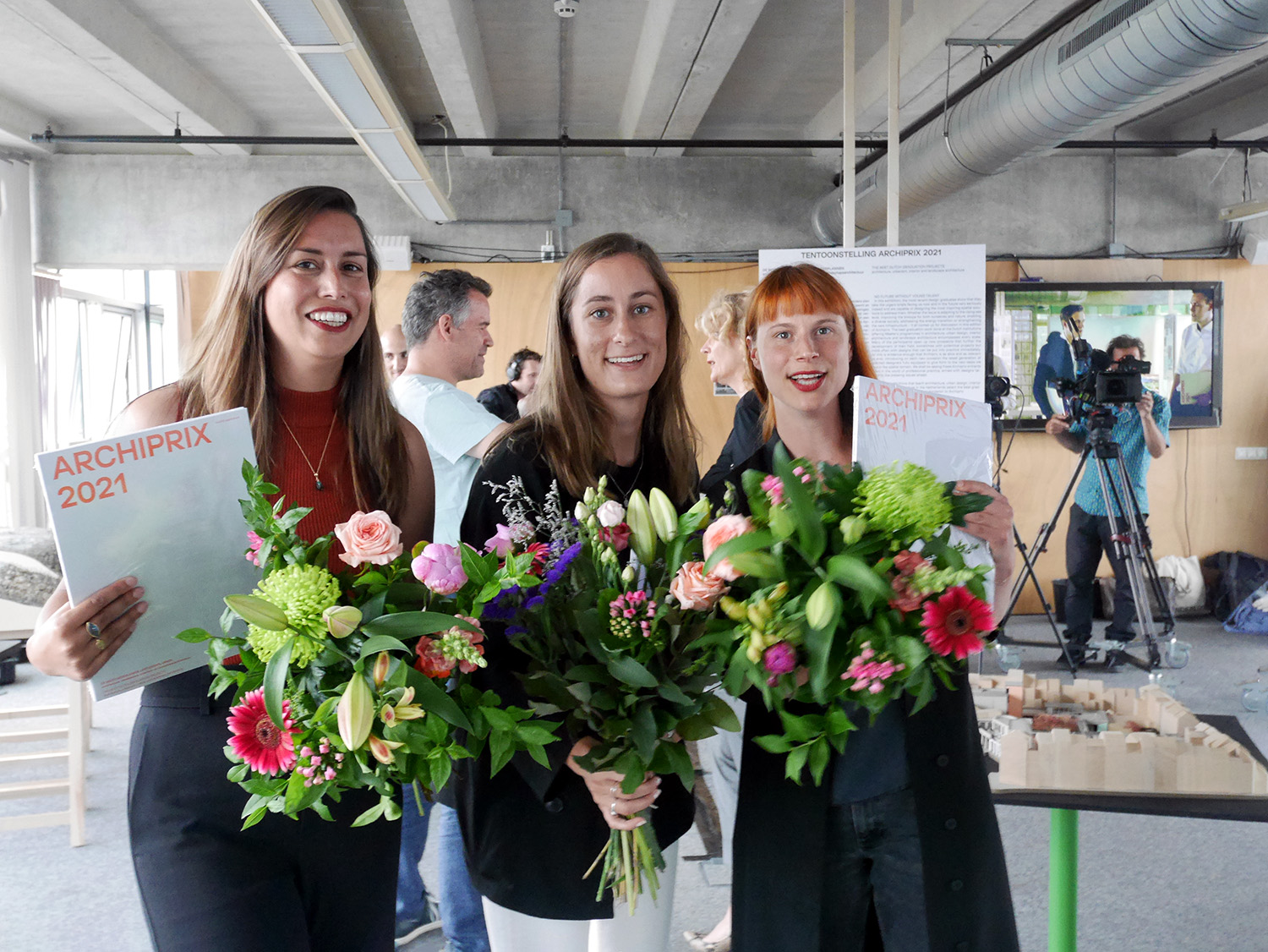 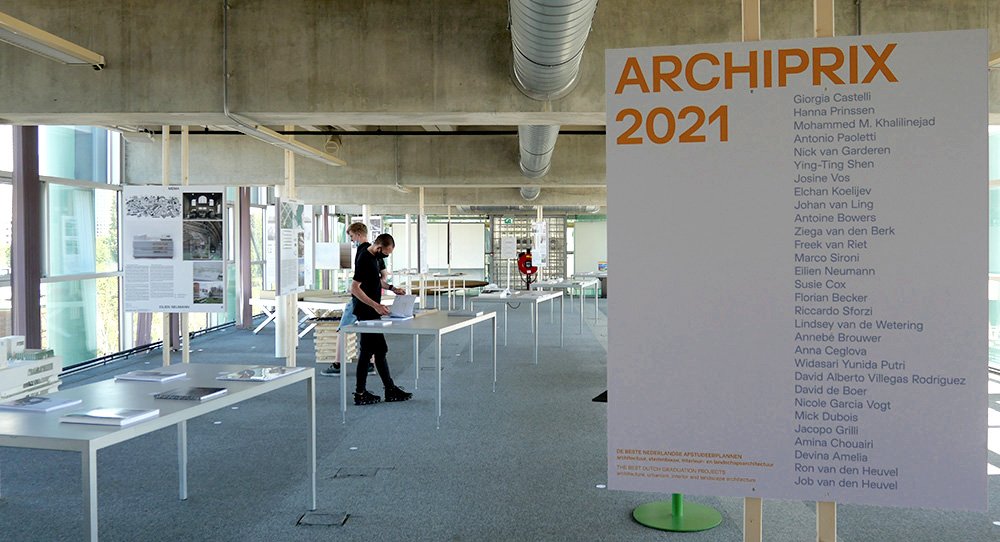 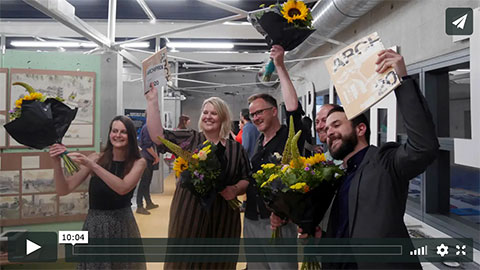 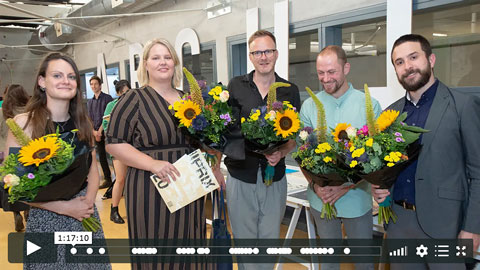 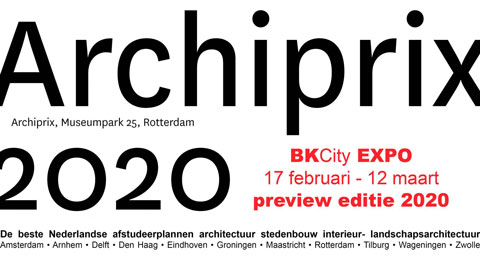 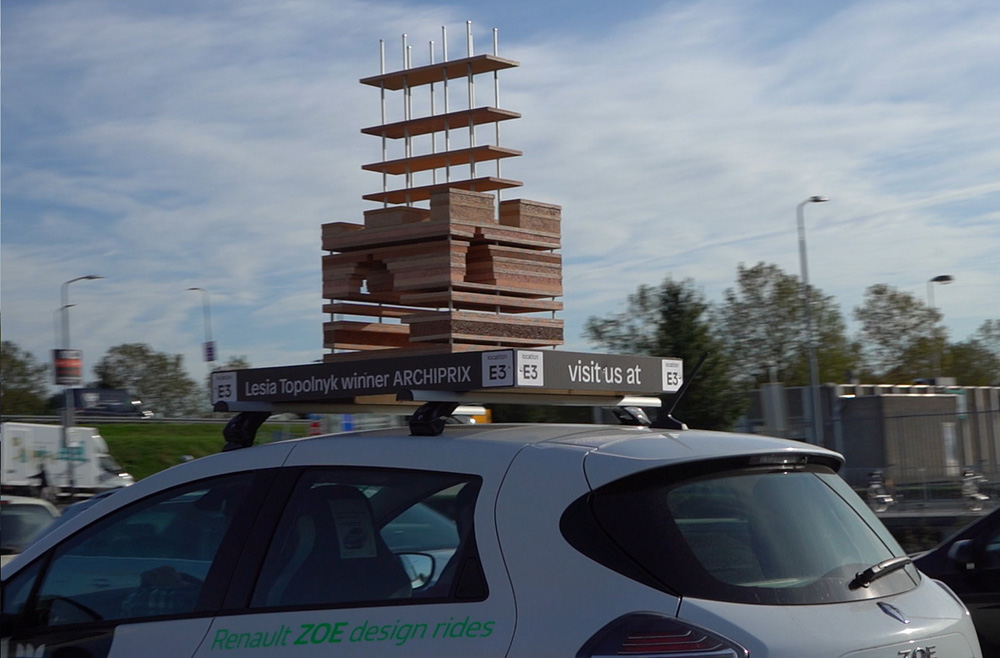 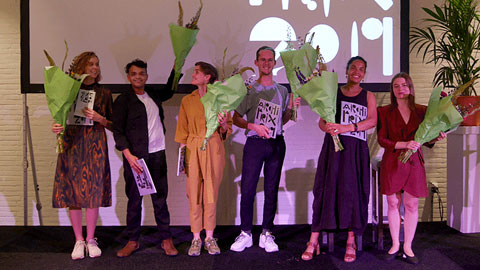 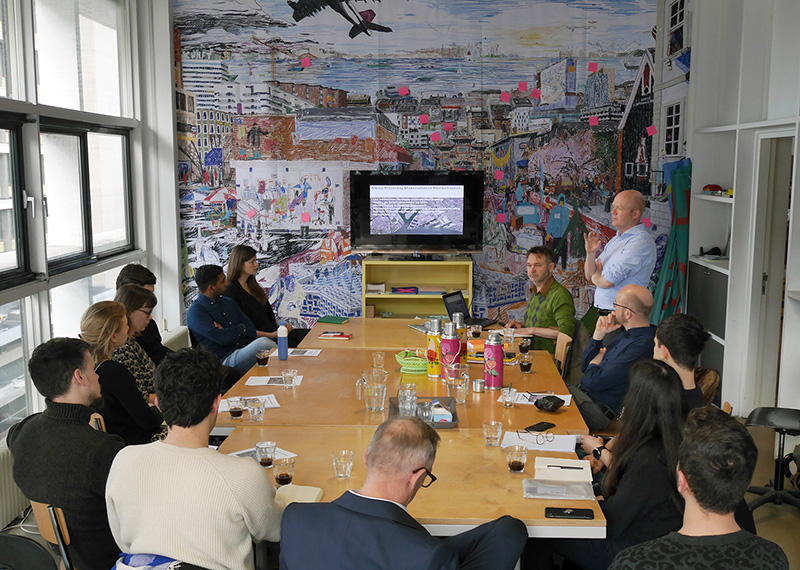 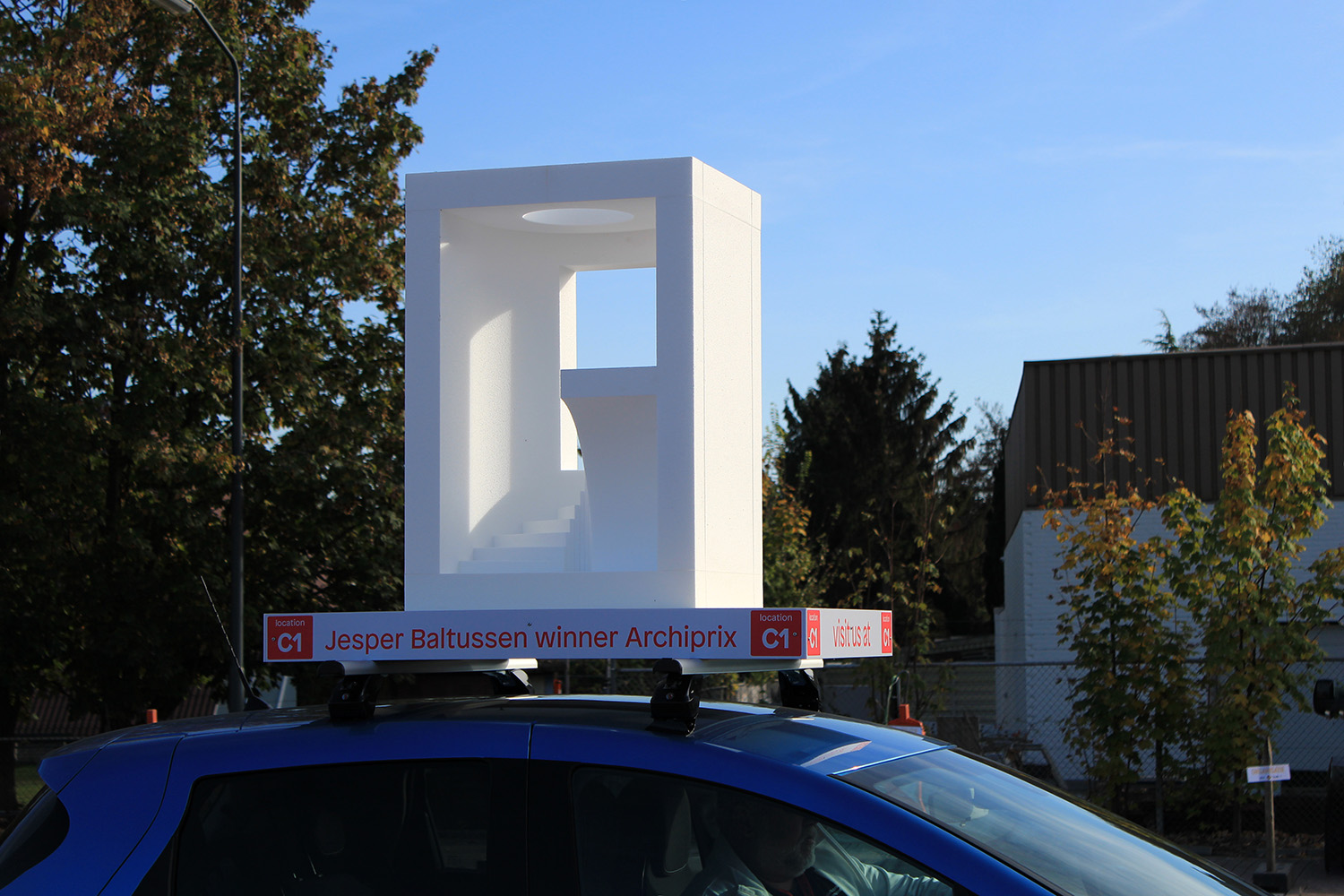