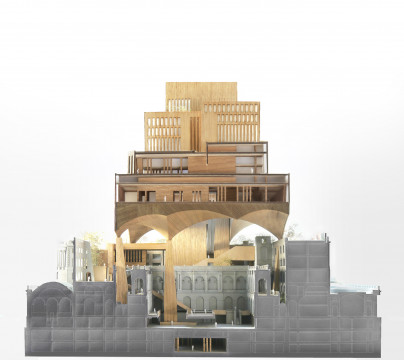 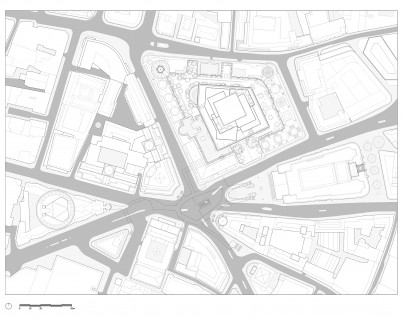 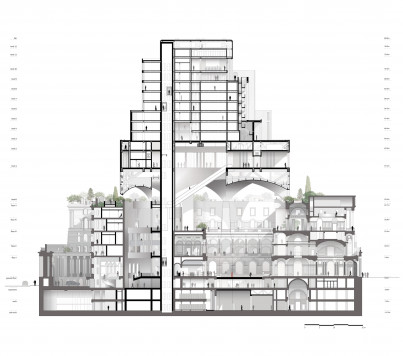 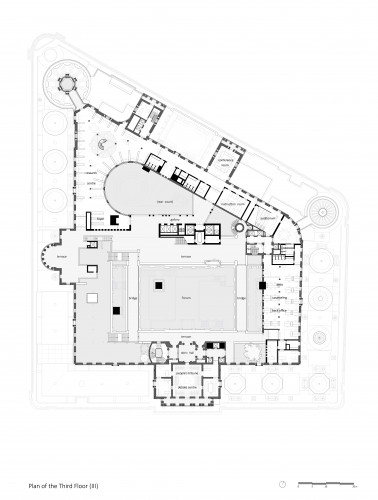 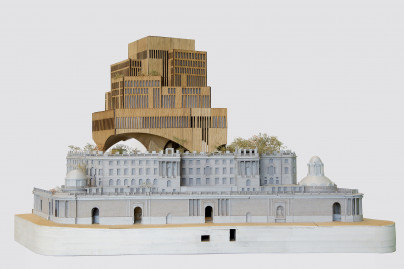 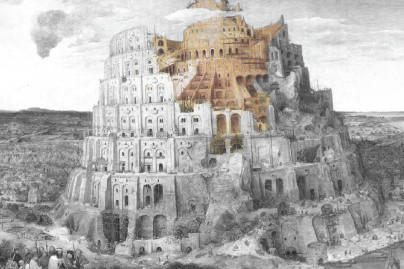 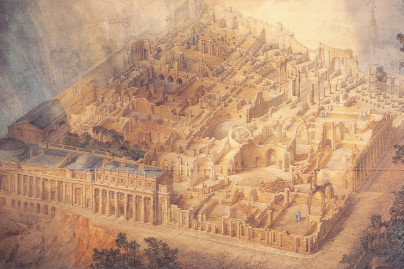 a Dialectical Project
This project for a transformation of the British central bank aims to interpret or reinterpret architecture as the embodiment of historical meaning and institutionalism. It seeks to give architectural expression to a potential and, by its very nature, historic monetary reform whereby money would finally become an autonomous public institution. The project is driven by fundamental questions about the meaning of both money and architecture: what exactly is money and how does architecture mediate between institutional power and individual freedom? Critically inspired by John Soane’s legendary long-lost Bank of England, the project explicitly engages the architectural dialectics of ruin and construction with those of genuine publicity and institutional power.
As two of the oldest institutions in all civilization, money and architecture are both fundamentally dialectical, that is, constituted by and developing out of intrinsic oppositions. In the Tower of Babel, depicted as still being built yet also in decline, we find architecture already divided among its existential stadia of construction and ruin, the one founding and striving for unity, the other levelling and clearing the way for multiple readings. Soane’s mysterious illustration of his completed bank building as a ‘ruin under construction’ is the ultimate testimony of his architecture, which was structurally innovative yet deeply inspired by ruins. By the same token, this picture presents an allegory of the cyclic self-destructiveness of the modern financial monetary system, which has its origins in the founding (1694) and institutionalizing of that same Bank of England and in which, ironically, the institution of money is getting increasingly entangled in its exact opposite, namely debt.
Ten years after the credit squeeze, the Bank of England is now seriously looking into the possibility of offering, as a central bank, digital cash accounts as a public and debt-free alternative to bank credit balances. This way, money can finally become what it always promised to be, namely everyone’s mutual share in society’s undertaking of the national economy. For the Bank itself this means sublimating its historical development from private state banker and public banker’s bank to public bank for all society.
The design made on the strength of this prospect is in essence two architectural interventions that mutually reinforce one another in their opposition. The first is to surrender the old bank building to the city by reinterpreting its ‘ruin’ as a public forum that can house a multitude of infrastructural, commercial and public duties. The second is to found a new bank on the ruins of its predecessor, building upon the existing volumetrics to generate a ziggurat, the oldest architectural symbol of monetary authority. At the fracture plane, an English garden offers views of the surrounding city and a flashback to the ruinesque bank forum, almost as it is in Soane’s painting, while the towers, vaults and central atrium anchor the new institute in the society on which it is predicated. Thus, the new bank is physically written into history, the old building is freed for a new future and the historic moment of reform is architecturally preserved, while in the perpetual present of the project of architecture the integral built structure of monetary order takes up a position of dialectical unity.